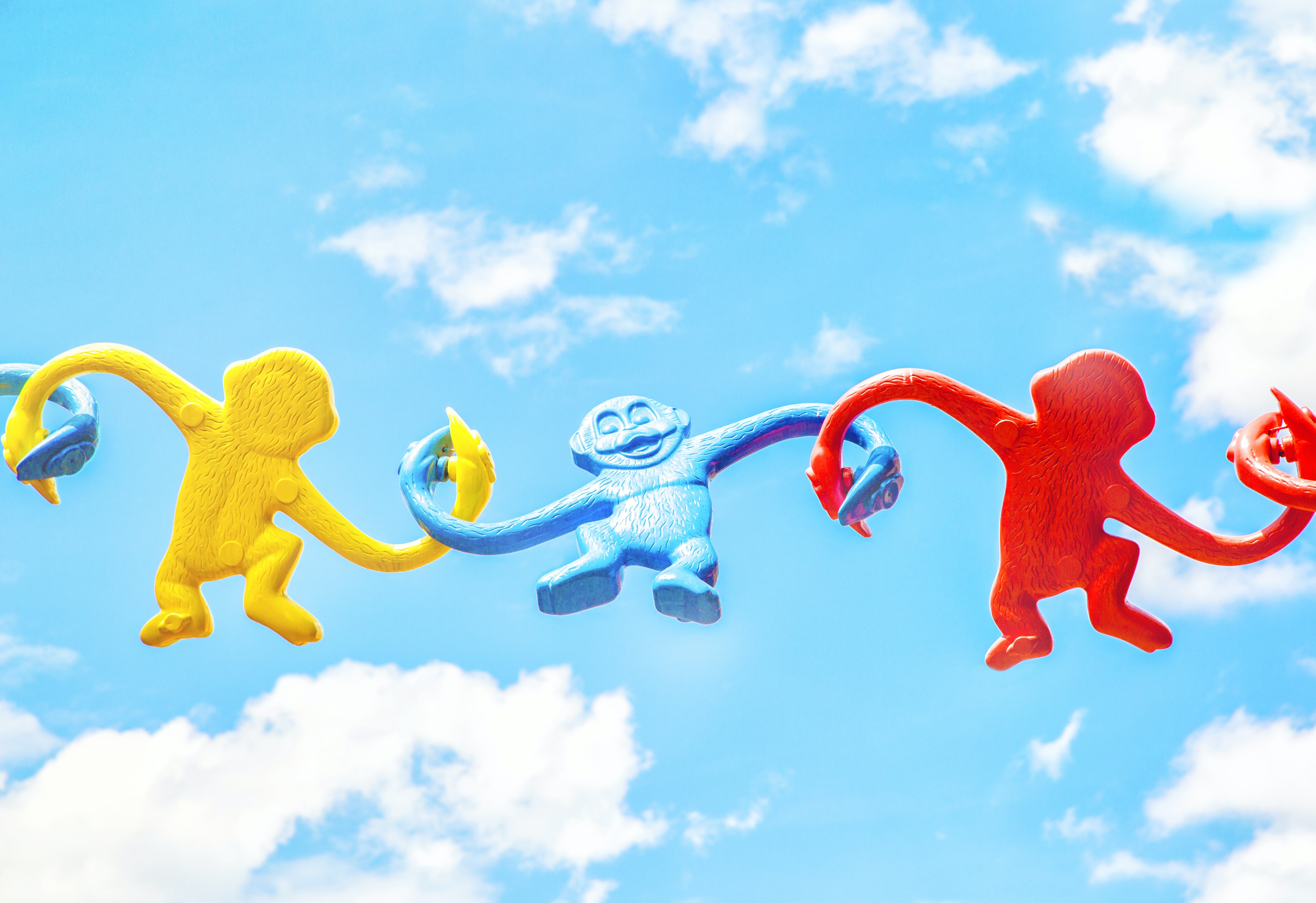 The upcoming block reward change to FIRO will be one of the biggest changes and in our eyes one of the biggest improvements to the FIRO project to date. We are empowering our community more so than ever before! Put your party hats on and get ready to celebrate!

As many of you will already be aware, we as a community have been discussing the tokenomics and funding issues, specifically how block rewards are divided and the massive opportunities this could award us both as a project and as a community if taken advantage of, which is exactly what we’re doing.

For those that are unaware or would like a refresher, these discussions happened publicly in several forum posts that our project steward Reuben Yap started back in February 2022, which you can read here under the ‘Firo improvement Proposals’ category of the community forum.

Some of the key highlights and takeaway messages and in Reuben's own words:

“Firo has two issues, newly mined supply of Firo is being sold and the lack of community ‘participation’ due to the existence of a dev reward and difficulty of getting funding to do work for Firo” R.Y.

Breaking this down, the Firo core team took a step back recently to look at some of the problems raised and engaged the community in discussions over a period of time to examine the incentive structure of the project.

The solution arrived at was to change the way block rewards are divided to first of all empower those who wish to contribute to the project, build community ownership, and also ensure the incentives are aligned with the roles that masternodes and miners play in Firo’s security model and ecosystem.

Let’s talk about miners and masternodes

Miners, especially when mining with commodity hardware, have been one of Firo’s key pillars. It allows an easy permission-less way to acquire Firo to build Firo’s community and allows fair and anonymous distribution of Firo’s supply that bypasses any need for intermediaries or exchanges. They also provide a decentralised consensus mechanism that is not heavily reliant on datacenter infrastructure, resistant to outages, and requires continuous ongoing effort to control.

However pure proof of work blockchains face their own set of challenges which we won’t get into at this time other than to say that this is reflected in Firo’s history - as some of you may remember, when Firo’s consensus was secured purely by miners and was under attack, no efforts were made by miners to defend the chain. In the same vein, Firo’s miners are overly concentrated in a single mining pool (>80%) despite numerous calls for them to spread out the hashrate. This isn’t a problem that is unique to Firo, many other GPU mined chains also have experienced similar 51% attacks.

Firo today employs a hybrid mechanism that leverages both miners and masternodes to secure the chain. Masternodes provide the primary consensus, immediate block finality, and transaction security while miners continue to propose transactions, provide coin distribution and a fallback security mechanism in the event huge parts of the masternode network go down. This hybrid dual-layer of security combines the best of both worlds and requires an attacker to bring down both the masternode network and also mount sufficient hashrate to do a 51% attack, greatly increasing the costs to do so.

This shift toward a dual-layer hybrid security system had not yet been accounted for in the block reward division.

But that is only one part of the problem we have sought to fix.

Let’s talk about community, and the role it has, and take a bit of a deep dive into some community metrics.

Our community is not just important to us, it is us.

We recognize that there is a need for a community fund, to reward and incentivize the community in a similar way to how we reward core developers, miners, and masternodes. Firo has a large and vibrant community that is simply not being rewarded and hence, not being leveraged, and yet it is our biggest strength by far. Leveraging and empowering our community lies at the heart of this solution.

These are enviable community figures.

Ask any new crypto project what is top of their ‘to-do list’ and you’ll almost always get the same answer or some version of ‘build a community’. FIRO’s community is already pretty epic for want of a better word (community created Firo Punks anyone?) and we have the numbers to back it up. So the question then arose, how do we incentivize the awesome (and large) community we have to do things such as develop products and applications for FIRO as well as create videos, write articles or create hilarious and thought-provoking memes?

The answer is a community fund which we can directly plug into our already existing crowdfunding system. By doing this we are effectively re-routing FIRO back into our network where newly issued Firo is used to build FIRO.

“…there’s been an over-reliance on the core team to deliver on all aspects of the project even when the amount we get is relatively small. There’s been a lack of ‘ownership’ over the direction of the project from the community due to the existence of the fund which is common to most projects with a ‘Dev fund’. Basically the core team is expected to behave like an ICO/presale project with full responsibility without the necessary funding while at heart we are a community project with most of the supply going to community members.” R.Y.

Looking at this problem from above we saw that Firo’s incentive mechanism, our block reward division needed an upgrade. Not only was our current security protocol not accurately reflected but also the community was lacking firepower.

Block reward division was the obvious place to look for a solution.

Based on these finding an initial poll was created to gauge community sentiment for a block reward division change. As the vote was pretty tight, the top two options were then taken and several intermediate options were also added which eventually evolved into the final poll.

The poll ended Thursday the 5th of May. The results are as follows:

Miners will continue to have a strong stake in Firo with an agreed-upon 25% block reward, meaning that effectively we are freeing up a new 25% reward which will be re-allocated to Masternodes (+15%) and a brand new community fund (+10%).

Additionally, the block time would be reduced to 2.5 minutes, and the block rewards adjusted to reflect the lower block time. This will allow faster confirmations even for exchanges or wallets that do not support Firo’s InstantSend.

How does the new community fund work?

The community fund will directly fulfil funding requests on the existing FIRO crowdfunding system which has previously and successfully funded the Lelantus Spark Cryptography Audit.

The decision to fund these requests will be decided by a community elected committee referred to as the “Community Fund Committee (CFC)”. The CFC can also independently choose to initiate projects to fund which would be tracked on the Firo Crowdfunding System.

The nominations for CFC members are underway and are open to any long-standing Firo member. To maintain the independence of the CFC from the Firo core team, no full-time core team members are allowed to stand on the CFC.

The plan is for the Community Fund to eventually evolve to a more decentralised model becoming a Community Matching Fund utilising Quadratic Voting as used by Gitcoin which you can read about further here. The idea is that the fund would match existing donations to a particular proposal and would weigh the amount matched based on the interest received from the community.

“Matching funds would not necessarily be 1:1 matching but there will be an algorithm to determine the number of contributors to any particular proposal, and the more contributors to it, the more the funds available to ‘match’.” R.Y.

The CFC members will eventually evolve into more of a guardianship role to ensure that the funding system is not being gamed.

To read the finer details of the committee and or nominate and take part, head on over to the forum.

When will block reward changes be implemented?

We plan to roll these changes out in a new software release, which should take place in about two weeks' time. It will be about a month before the ecosystem updates fully. This places an activation time of these changes at approximately mid-June 2022. We also will complete the election of the Community Fund Committee shortly after activation.

There is an agreed-upon 6-month review and evaluation of the block reward change and the community fund. While it is not envisioned that major changes or overhauls will need to be executed, this time period is being earmarked so that the core team and the Firo community can evaluate the impacts of the block reward change and to see how the changes have affected Firo in real-time.

“Let’s agree that in 6 months time, we will evaluate these changes to see if it has worked and we should be open to honestly assess the impact of the outcome of this poll and be open to readjusting.”R.Y.

What do you need me to do?

First of all, if you want to be a part of the Community Fund Committee or know someone who would be suitable, go ahead and post the nomination here!

Next. Shout it from the rooftops and tell the world! You can start by sharing this blog post, hint-hint wink-wink.

This is honestly a very exciting time for FIRO. We’ve been cracking ahead with developments, partnerships, campaigns, and listings since the start of 2022 and we’re not stopping. The block reward division change is just another positive addition to the future-proof developments we are making.

We also want to invite you to add a crowdfunding proposal here. That is what this is all about. Without you, your ideas, and hard work there would be no reason for Firo to exist, and there would be no reason for private digital cash. Not only can you be rewarded for your contributions but you also ensure the strength of the network and solidify its future as the best private digital cash system that exists. Show us what you got!