Pools with <30% of total hashrate receive a bonus 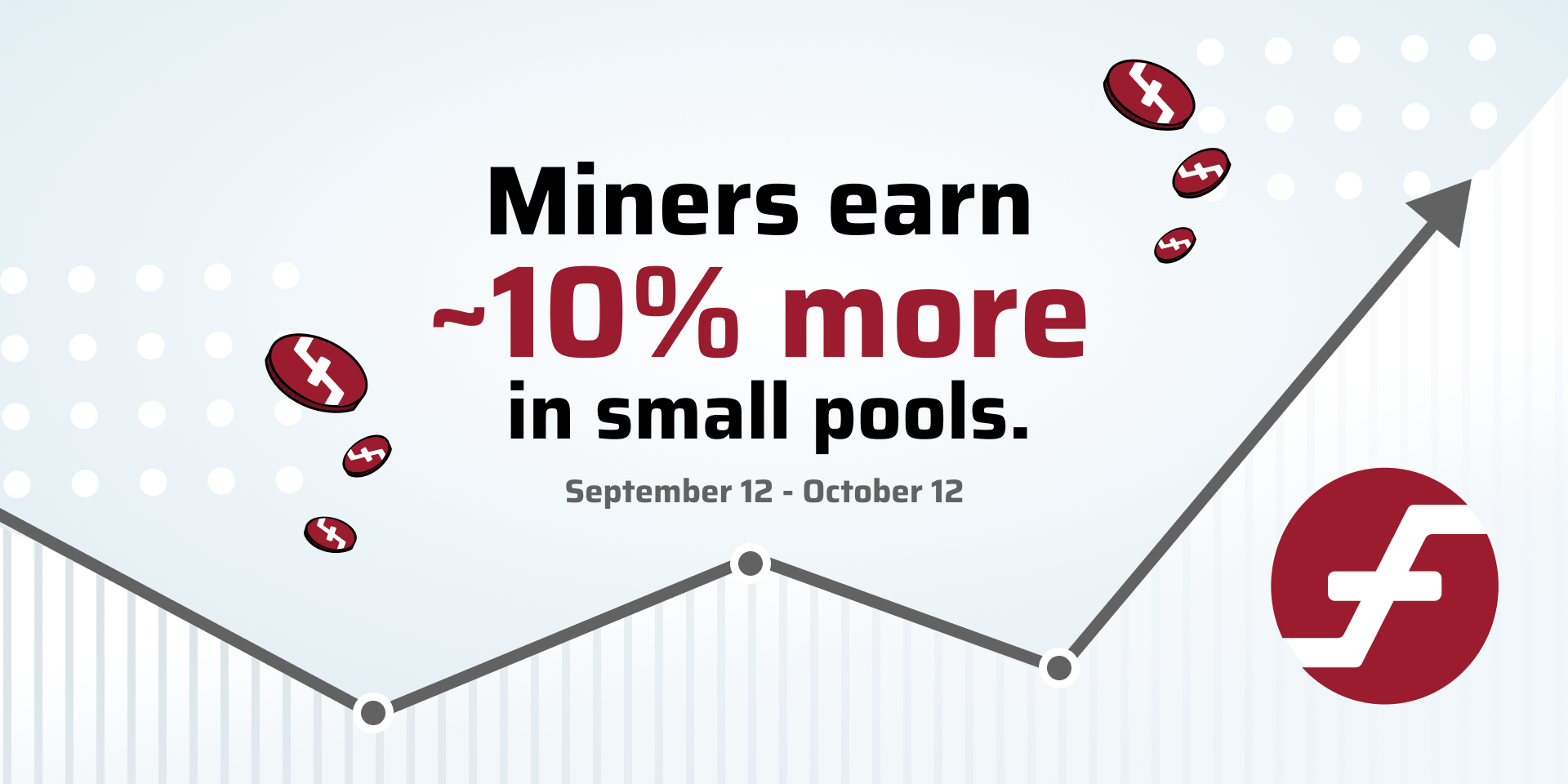 Firo utilizes a hybrid PoW/Chainlocks consensus mechanism which allows for instant finality of blocks once confirmed and provides strong protection against 51% attacks. Miners however still play an important role in proposing blocks and also serve as an important backup security mechanism in the event masternodes are attacked or brought down. This is why it’s important to ensure that there is no single point of failure or trust regardless of how trustworthy miners or a pool is.

To encourage miners to spread out their hashrate over other pools, the CFC has approved a proposal for an incentive to be provided to pool operators that have less than 30% total hashrate. In return, the pools get a subsidy to reward their miners and they help spread the word about FIRO.

How does the campaign work?

From the eligible pool operators we have confirmed the following pools’ participation (alphabetical order):

Following the campaign's conclusion, the CFC will assess the impact of the incentive on hashrate decentralization to decide on whether to continue to modify the campaign. Proposal discussion: Forum

About the Firo Community Fund:

The Firo Community Fund is funded from 10% of the block reward to fund community efforts and any of Firo’s ecosystem needs. It is run by a community elected committee (CFC) whose deliberations are available for anyone to see, CFC Telegram. All proposals funded are tracked on Firo’s Crowdfunding System.