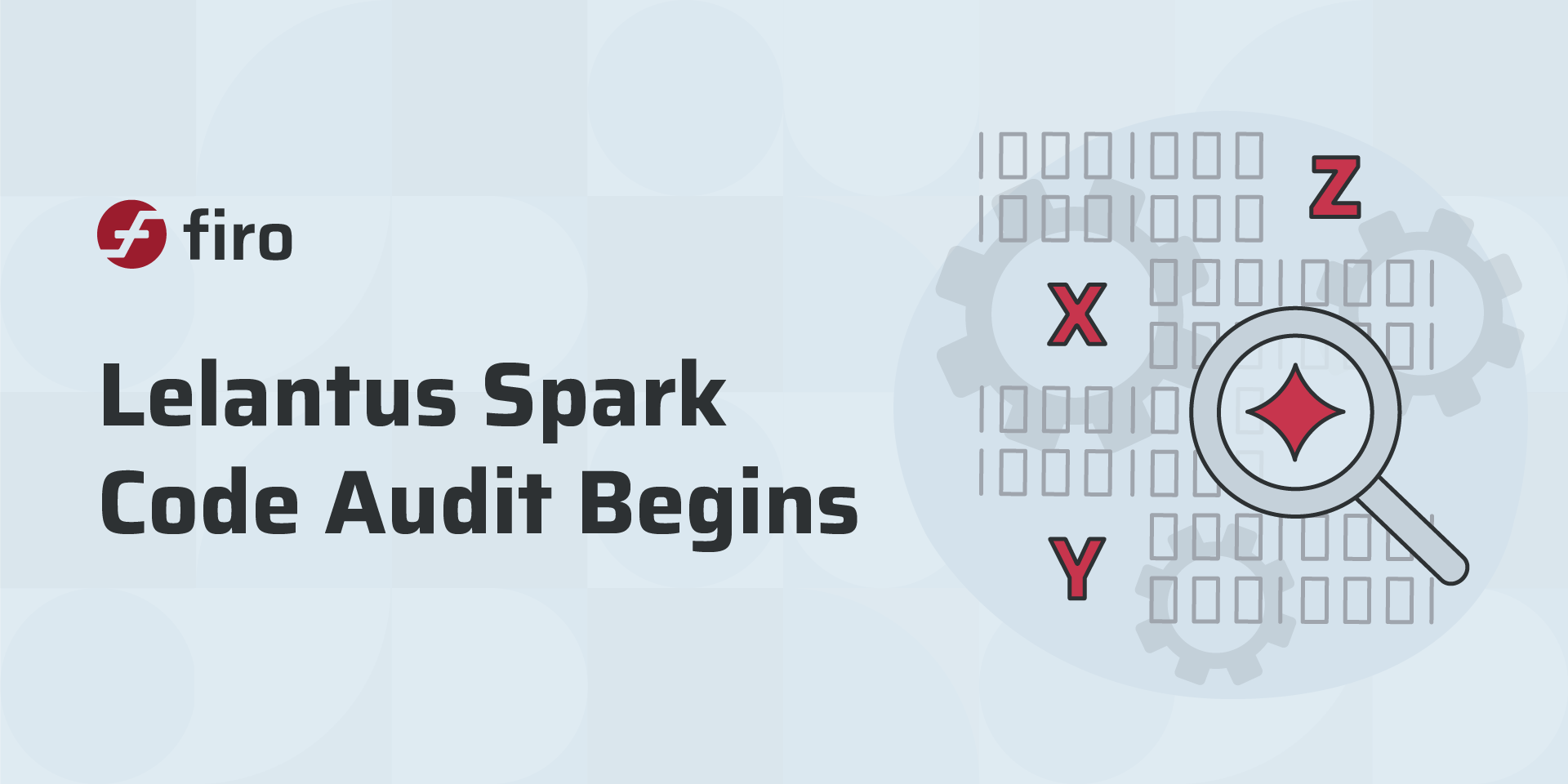 Lelantus Spark, our next-generation privacy protocol, is now undergoing a code security audit by Hashcloak, an independent research lab focused on privacy technology. The audit started on 31 October 2022 and is set to run for six weeks total, with an initial report available by the end of November and the remaining two weeks used to rectify any issues identified in the report.

Hashcloak had previously audited Lelantus Spark’s cryptographic construction and worked with prominent clients such as the Ethereum Foundation, Flashbots, Fuel Labs, Railgun and Panther Protocol. The quality of their work on the prior audit, their deep involvement in the privacy space and the continued interest and support they have paid to our research and developments made them obvious candidates for this audit.

The following people will be working on the audit:

Mikerah Quintyne-Collins is an independent researcher and founder and CEO of HashCloak, a blockchain privacy R&D startup with a global team. Her research focuses on networking, validator privacy, and optimistic rollups. She organised Scaling Ethereum, a research workshop bringing together top Ethereum researchers to work on Ethereum’s most pressing scalability problems. Currently, she’s focused on privacy for blockchains, specifically mixers and mix networks for cryptocurrency transactions. Previously, she was part of the ChainSafe Systems team working on ETH2.0, namely the Lodestar Typescript client. She was awarded a Vitalik YOLO grant for her work on ETH2.0.

Manish Kumar is a Cryptography Security Researcher and Engineer at HashCloak. His broad area of research is in the field of Blockchain and Cryptography. Currently, his research focus is on the specific area of cryptography known as zero-knowledge proofs. Previously, he was a research intern at Persistence One where he was actively involved in research about blockchain technology.

Onur Inanc Dogryuol is a Cryptography Security Researcher and Engineer at HashCloak. His background is in Math and Cryptography. His research focus is in building and designing STARK-friendly cryptographic primitives. He is also a Cairo and Circom developer. Previously, he was a lead cryptography engineer at ZigZag Exchange, a STARK-powered exchange in the Starknet ecosystem, where he conducted research in using zero-knowledge proofs to build a scalable and privacy-preserving DEX.

The audit was funded with the support of our Firo community, with a special shout-out to Rasikh Morani from Arcadia Group and the Community Fund Committee for their generous contributions. Audit funds disbursements are being handled by MAGIC Grants, a public charity that supports cryptocurrency public payment infrastructure and privacy. You can follow the progress of this audit in our Firo forums!

After completing the audit, we expect to launch a Lelantus Spark testnet shortly after and polish any remaining issues for a full Firo mainnet release in Q1 2023.