We are pleased to announce the division of Zcoin’s block reward for the next 4 years, which will take effect upon the upcoming halving in September 2020 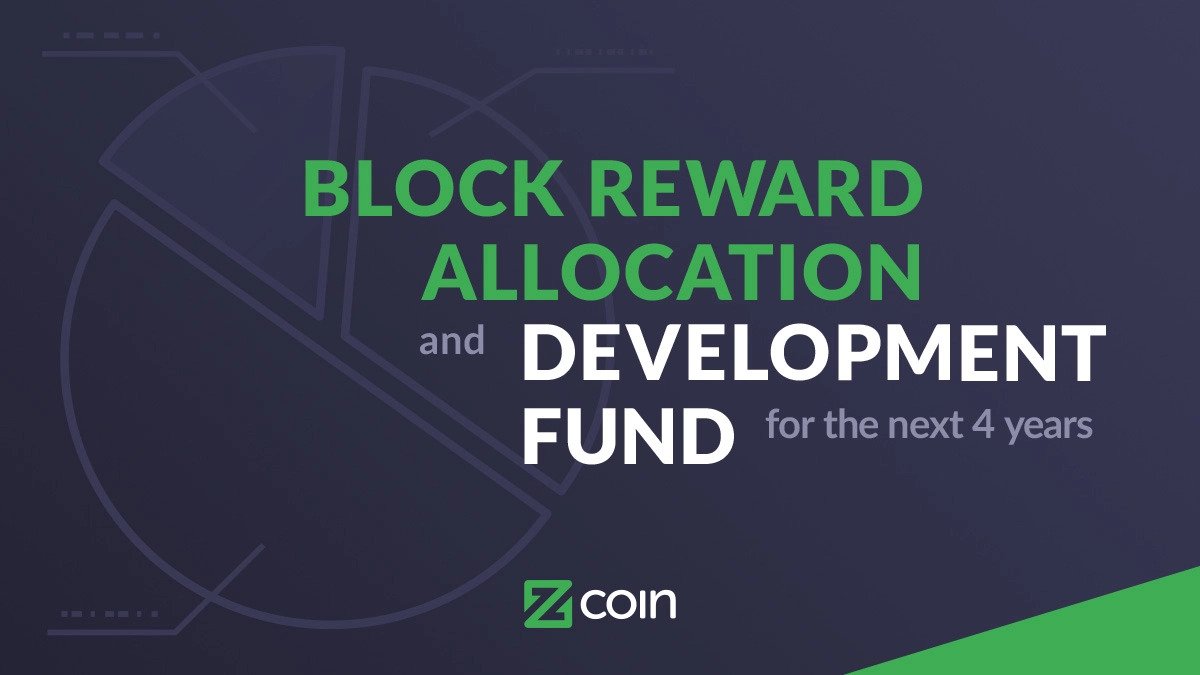 We are pleased to announce the division of Zcoin's block reward for the next 4 years, which  will take effect upon the upcoming halving in September 2020. The halving also marks the end of the founder and seed investors’ rewards and allows the block reward to go entirely towards the community and development. We are very grateful to the seed investors who have continued to believe in Zcoin’s vision and have supported us greatly through thick and thin.

After over a year of seeking community feedback via our forums and numerous community meetings the block reward division has been decided and will be coded in upon the next wallet release together with deterministic Znodes and LLMQ. We would like to thank all the community members who took the time to share their views!

Our main goals when considering the allocation of the block reward were:

The block reward allocation needed to ensure that current levels of development funding were maintained, while providing checks and balances to ensure transparency as to how the funds would be utilized in the event of a significant price increase. The  community also will have a greater say in how excess funds would be directed.

To strike a balance between continued community building and distribution of Zcoin to new users via mining, the new block reward offers existing token holders incentives to host Znodes, especially with their increased role in securing the network alongside miners with LLMQ chain-locks.

In line with the above goals and considerations, the community reached a consensus that the development reward should be extended with most members voting from 10-20% with the median vote being in favor of 15% with the more recent votes in favor of 20%. If you wish to view the factors that were taken into consideration in deciding this, you can view the latest community meeting stream and the accompanying presentation.

The reward of 12.5 XZC per block is divided as follows:

The Development Fund has additional limitations: 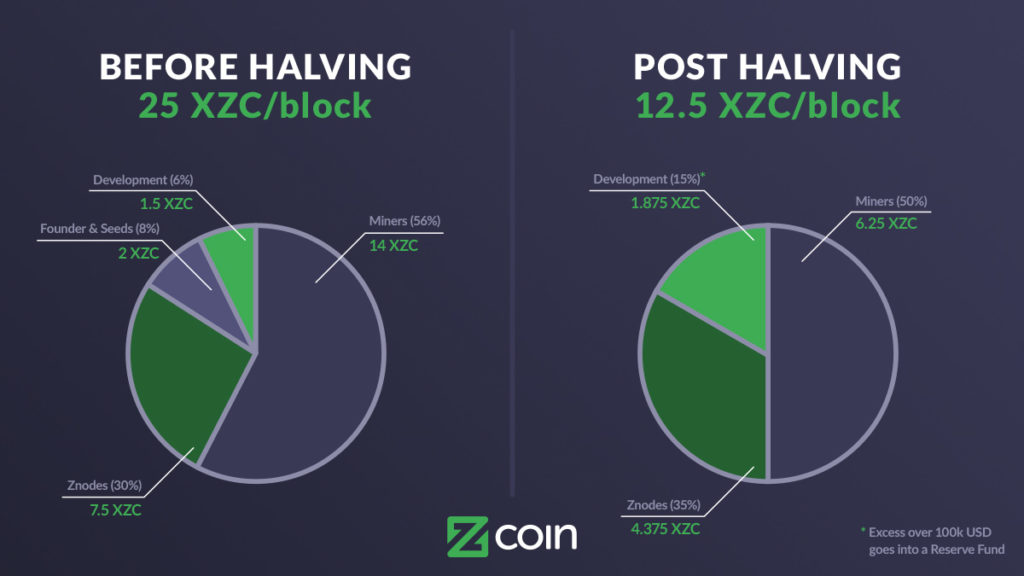 In addition to the Development Fund from the block reward, the core team is exploring other sources of funding such as OpenCollective and greater use of the Zcoin Crowdfunding System to diversify income streams and to reduce reliance on the block reward.

The Zcoin Reserve Fund is a separate fund from the development reward that can only be called upon in specific circumstances or with community approval. It is designed to be a reserve to protect the project against market volatility and to make expenditure a collective decision with the community.

While a cap of 100,000 USD/month is relatively modest for a project this size and would likely need to be increased as the project grows, we believe it's important to begin with a lower limit and prove ourselves to the community before a higher budget is granted. We hope that this step shows our commitment to transparency, accountability and making the best privacy cryptocurrency we can.