WARNING: it is highly recommended that you do not proceed unless you are directed here by members of the Firo support team. Reindexing is very time-intensive and solutions sometimes exist for your problem that only takes several minutes to solve.

Make sure you are always on the latest release by going to our release page.

If you suspect corrupted blocks, please run -reindex instead.

If you need to rescan your wallet, please run with -rescan instead. This can take between 5 to 30 minutes to run.

Navigate to the directory where your firo-qt binary is. In the Terminal, type in the following: 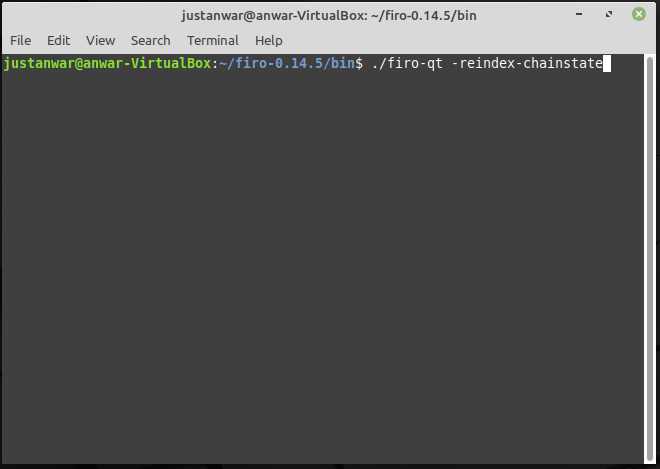 If you want to reindex your masternode:

Note that the time to finish reindex differs greatly depending on your VPS' performance. 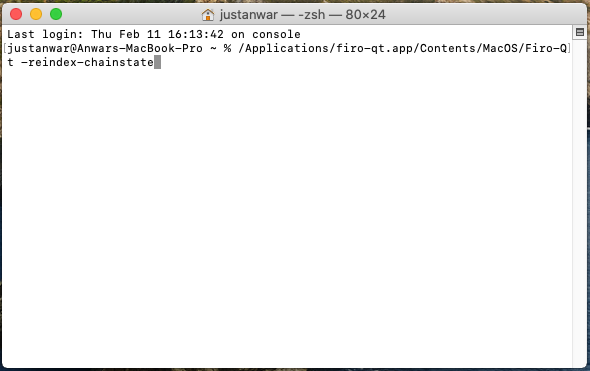 To reindex the Electron client, go to the Debug Console, enter the following command and press Enter:

Restart the wallet. The reindex process will start. Once completed, the wallet's main interface will be displayed.

If you need the other options, replace -reindex with -reindex-chainstate or -rescan

If you were unable to start the Electron client for some reason, edit the firo.conf in the data directory and add one of these options that you require. Do not add all options.