HAPPY BIRTHDAY FIRO! WE ARE SIX!

A look at what have we done in the past year 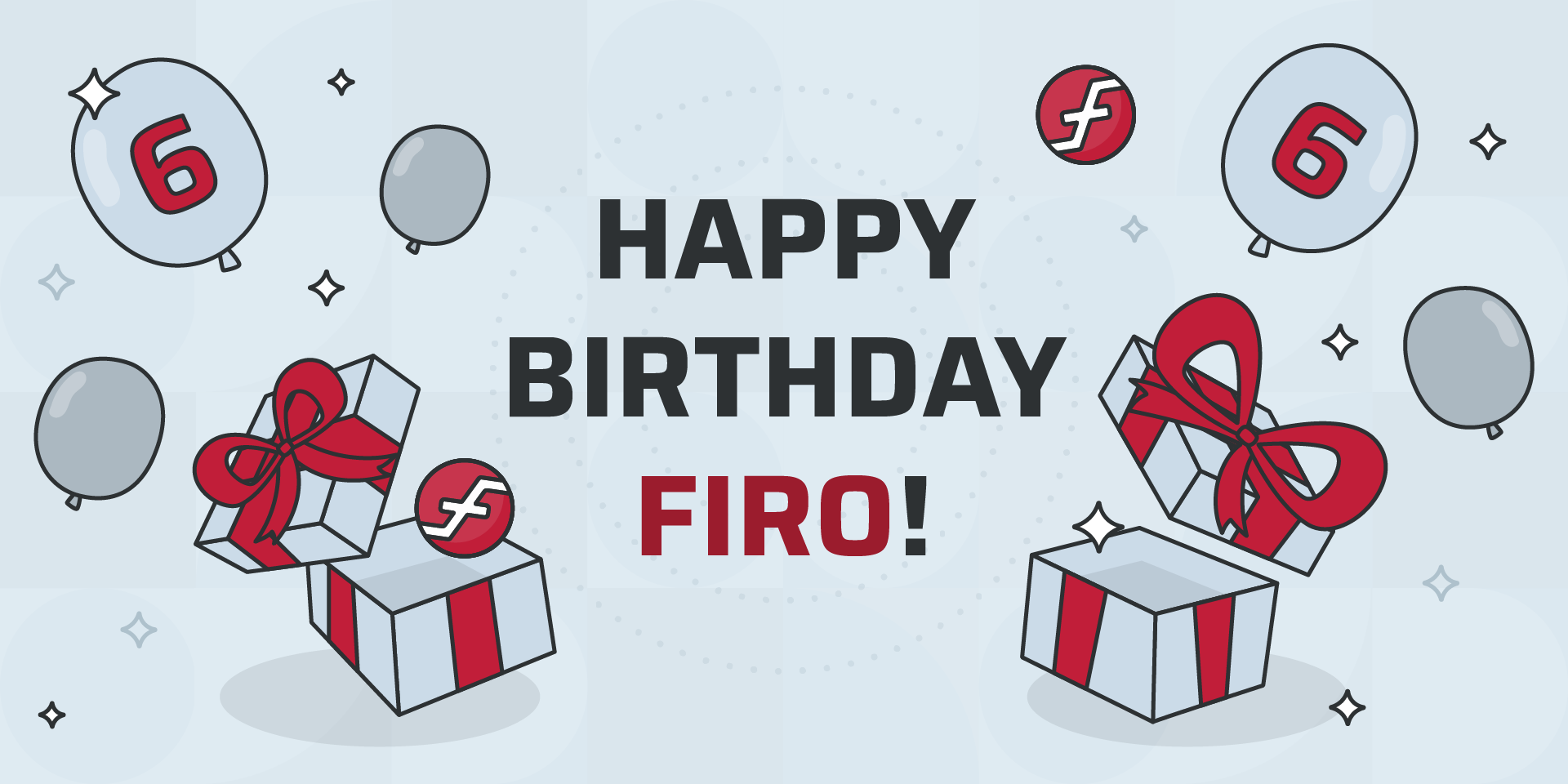 Firo was launched as Zcoin on 28 September 2016 and our project is now 6 years old! We have grown tremendously as a project and we thought it would be a good opportunity to have a look back at what was achieved in the past year since our last birthday (28 September 2021)!

TOKENOMICS AND THE FIRO COMMUNITY FUND

A huge thanks to Rasikh and the Arcadia Group for their generous donations via OpenCollective, MAGIC Grants and privately that have helped tremendously in continuing our research and development.

We would also like to thank our FiroFam who donated via OpenCollective, Code Audit for Lelantus Spark via GoFundMe and in the proposals that have been posted on the Firo Crowdfunding System.

Firo would not have been possible without these contributions and the core team is extremely grateful for the continued belief in our mission and project.